In 2002 Diego F. Maya published and edited the first Spanish Yellow Pages in New Jersey, a publication printed and designed in South America with a 50,000 yearly print run. In 2007 Diego closed the business to focus on his family primarily his child’s physical development and cultural growth by moving to South America.

In Colombia, with the experience behind of finding a public need for relevant and reliable information in Spanish Diego began working on the idea of producing video content to generate Latino awareness in the United States. In that process he partnered with a Latino producer who had worked in ABC’s 20/20 and FOX with prominent national stars such as Connie Chung and Gerardo Rivera. Through this period Diego and his partner created a Latino health series project for Public Television called “Remedios” in that process Diego acquired the most important skills to produce and storytell – from conceptualizing, projecting to pitching the idea as Diego traveled to Washington, DC to Senator Menendez’ office for that purpose. “Remedios” did not receive attention and the partnership ended.

In 2011 Diego went on his own and hired cameramen, sound engineers, editors, and motion graphics designers to develop his own concept The Latino Spirit – success stories building community. Upon investing his life savings into the Latino Spirit, Diego’s family helped buy his first professional DSLR camera and sound acquisition equipment. He then learned on his own all the production aspects and was hired by the president of a public university in Colombia, Universidad del Cauca – 21,000 students – one of the most prestigious public universities in that country. There, Diego led visual productions in indigenous regions where he acquired the necessary skills to develop, produce and publish multimedia content.

After 9 years in South America, Diego returned to the United States in 2018 to begin the second phase of The Latino Spirit. Armed with his new skills The Latino Spirit has become a platform for Latino success stories and community building communications.

In 2018 Diego Maya founded The United States Latino Affairs Initiatives, an organization with the objective of paving the way to an inclusive society where Latinos can anchor on their culture, heritage and values to progress as a cohesive block in the United States. The following year this organization in conjunction with Latino Spirit Media (Diego’s company also dedicated to Latino empowerment) published the first Hablamos Espanol Latino Index New Jersey – a digital publication in Spanish containing all Latino centric non-profit services for the residents of the state. The index provided spanish readers the responsibilities of each elected position along with the contact information of Latino elected officials serving the community including New Jersey’s Latino Caucus, a group of Latino state legislators.

After a successful statewide 2019 Latino Index, the first quarter of 2020 was intended to structure the expansion to Pennsylvania, and Connecticut; however, earth had other plans for all of us. The global pandemia halted all of Diego’s index related work on its tracks, including a historic partnership with InsiderNJ to publish the stories and struggles behind New Jersey’s elite Latino elected officials. (The partnership recently published @InsiderNJ Latinas in the N.J. Legislature: A Dynamic, Public Interest-Centered Sisterhood.)

The pandemia in New Jersey, the greatest adversity of our lifetime, became Diego’s opportunity to show state government how important is the need of Spanish language communications. While people of color became the most infected population and Latino children hit the highest death rates in the nation Diego was simultaneously broadcasting Governor Phil Murphy’s daily Covid19 briefings in spanish. In addition to this self-funded initiative reaching 1,300,000 hits on social media and before New Jersey began receiving eighteen wheelers filled with boxed food from our country’s president, Diego Maya spearheaded the distribution of 10 tons of food to inner cities throughout New Jersey primarily with the financing from Latino business leaders in Morris County, businessman Al Serje and himself.

Diego continues to build a legacy….!!  If you’d like to contribute to any of the initiatives mentioned please send us a message, Tax Deductible donations will be available soon. 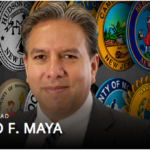 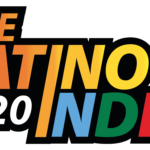 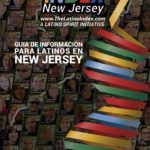